This project was undertaken in February 2015 where we pre augured to depth of 3metres and installed slip sleeves. We then installed case driven piles, as this site was built over an old workhouse graveyard, which had a very large beach tree where there was a potential of heave in the soils.

The foundations were constructed on 90 mm cell core for heave protection, with 30 piles protruding through the cellcore. We used 5.5 tonnes of rebar, which was bent into a radius to form the perimeter of the building. We then installed a mixture of timber and flexible road forms to form the shuttering of the reinforced concrete slab. The slab was poured in one go using 50metres of concrete, which had a 5mm tolerance over the whole area. 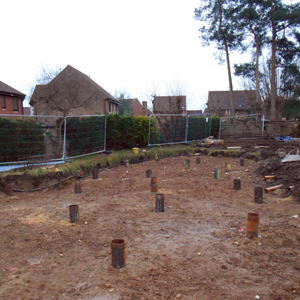 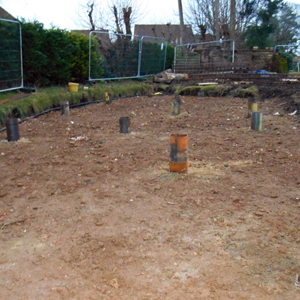 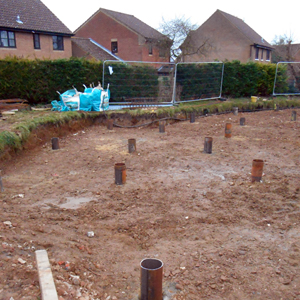 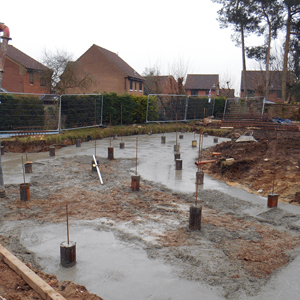 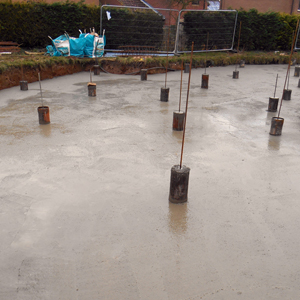 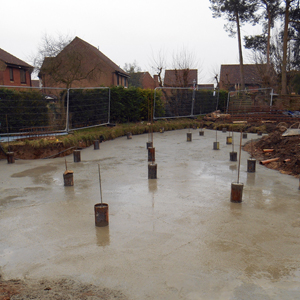 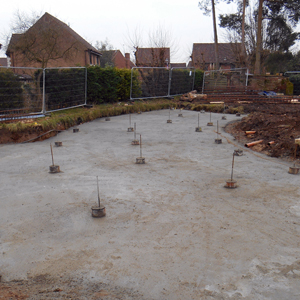 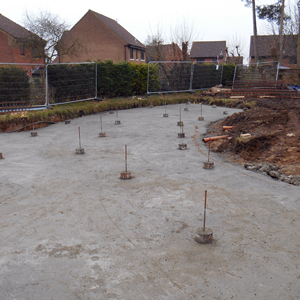 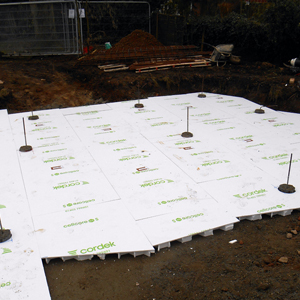 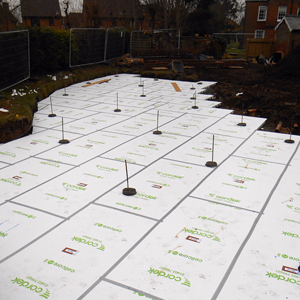 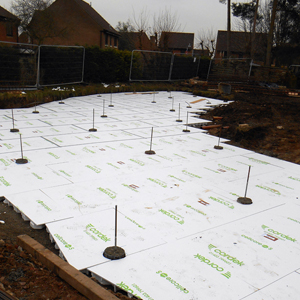 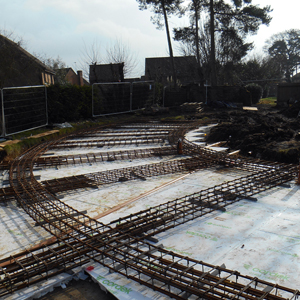 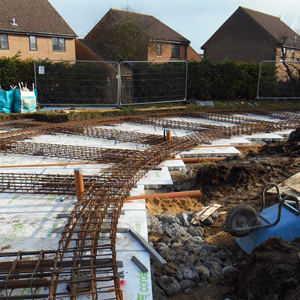 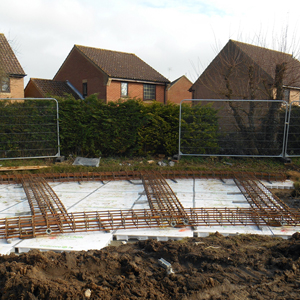 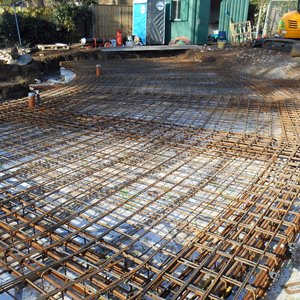 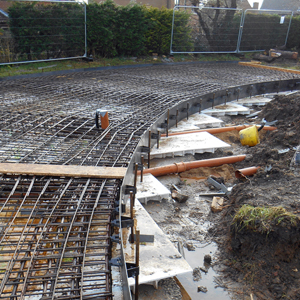 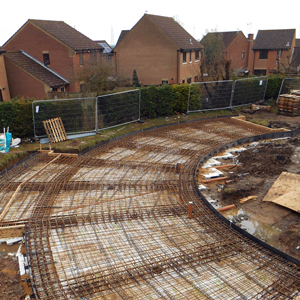 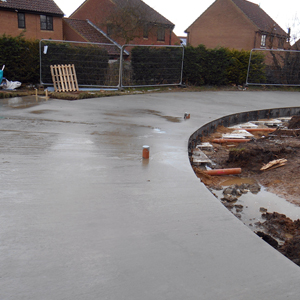 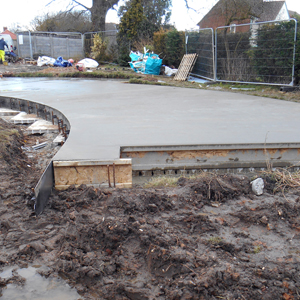